Ask Amanda: I’m Freaking Out About Graduating from College 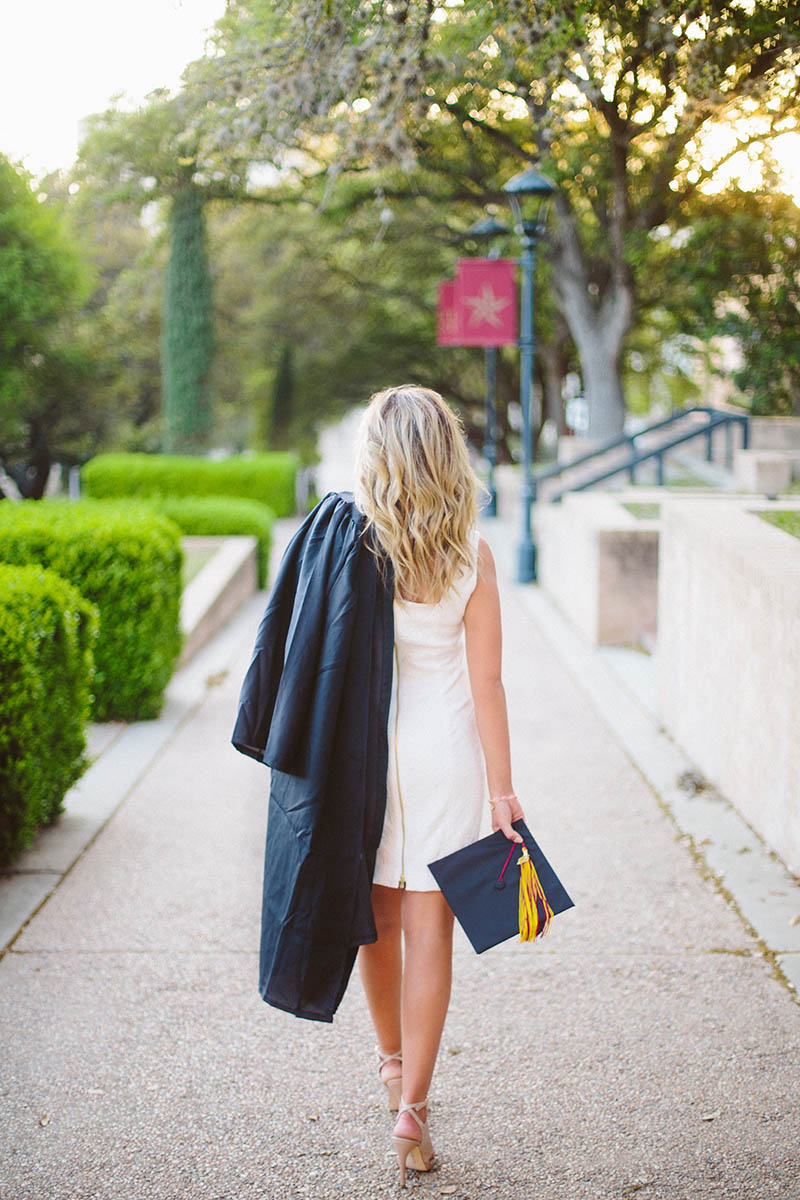 I was raised in the south and decided to go to college on the west coast, and it’s great! I don’t regret my decision at all and I feel proud of myself for how far I’ve come. While going to school, I happened to fall in love with a boy along the way, which is also fantastic.

But here’s the thing, it’s my final semester of my senior year and now I’m scrabbling with loose ends. My boyfriend on the other hand was fortunate enough to get hired by his internship…in New York. Which is amazing, could not be more proud of him, he’s earned it.

Here’s the situation, I have now hit panic mode. I do well in my program and I have no doubt I will get a job, but to get a job in New York is hard. Very hard. But I can’t break in, and believe me I’ve been trying. What’s stressful is boyfriend is riding out his final semester without a care in the world and I’m on the other side with a very fragile state of mind whenever someone mentions the word “job” or “future” to me. Nosy professors are constantly asking me what my plans are (everyone wants to know the dirty on whether the only kids in our program that have been in a four year relationship are actually going to stick together) and whether or not I’m moving to New York.

I’ve tried to initiate the talk with my boyfriend, “What are we doing after graduation?”. And he told me I shouldn’t be worrying about this, let the chips fall where they may. He’s going to NY, if I get a job out there great, if I don’t we’ll figure it out later. At first this response was a relief. Whew, it’s out in the open, and he’s right — I have no control over the situation and I shouldn’t worry.

A month later and I’m doing the complete opposite. This is slowly eating me alive and I don’t know what to do anymore. Whenever my boyfriend mentions job hunting or how it’s really not that hard, I snap. An argument usually ensues or I just get into a really foul mood. I always think, “How do you know? I don’t want to hear any job searching advice from you, you’ve known for months while I’ve been hopping from interview to interview…you don’t have to deal with the professors giving you pity all of the time”. So I snap and he doesn’t understand why I don’t want to talk about jobs with him or why I’m so stressed. Is it my fault if we break up because I wasn’t smart/good enough/clever enough to find a job in NYC?

Case in point, I’m stressed. And because I’m stressed, I’m slowly ruining my relationship with my boyfriend and my friends because I’m becoming miserable. I don’t want to worry about jobs but I can’t help it, the walls are closing in. Professors are constantly bragging about my boyfriend’s job and how well off he is and then looking at me going “well, what are YOU doing?”. My boyfriend is very excited about where he’s going so he is constantly talking about it (I get it, I would do the same), and I’m sitting in the middle not knowing what the hell to do or how to handle this situation because nothing in school has ever prepared me for this.

How do I handle this situation with minimal scratches and heartache? Is there a mature way to tell professors to get off my back? And what the hell do I do with a boyfriend when I ask him, “Do you consider me to be a loose end to tie up before you go to NYC?” And he tells me “No. It’s college. It’ll work itself out eventually.”

So let me just tell you that you are in a situation that probably 90% of college grads are in. I was in that exact situation, actually. And I have a few things to tell you:

Just because you haven’t found a job yet, does NOT in ANY WAY mean you aren’t smart enough or good enough. Most of us make this mistake in our twenties thinking that not finding a job is a reflection of ourselves. Once you’ve been in the real world for a few years, you realize it has nothing to do with you and all to do with a million different circumstances coming together — the truth is, you just haven’t found the right fit yet. And that’s okay!!!

Try your best to stop comparing your situation to others. Just because your boyfriend has a job and you don’t does not, in no way, make him better, smarter, or more capable. Landing a job is tricky and depends on a million different factors, like what the company is looking for, if the person hiring is too busy focusing on other things, if their girlfriend recommended someone to them last minute, if the person who interviewed you was in a bad mood — seriously, a million things!! It does not say anything about you that you haven’t landed a job yet. I promise you! And trust me, you are NOT ALONE!

Personally, I graduated without a job and didn’t land one for three months. Once I did, I hated it and it took me a while to find the right one. It was a tough year or so, but that’s okay — this is all part of the process of your transition into the real world. Try not to put so much pressure on yourself and DO NOT let this define you. You are smart and capable and worthy of an amazing job, you just haven’t found the right fit yet.

It’s clear that you’re taking out this stress on your boyfriend and it’s important that you try your best not to. It’s not his fault and yes, it’s frustrating that he doesn’t understand, but lashing out on him isn’t going to help in any way.

I think if you can truly believe that you are smart and good enough even though you haven’t landed a job yet, then you won’t be so bothered by people asking you what you’re doing next and you won’t take out the stress on your boyfriend.

I know it’s also hard to see it right now, but this is just the beginning of your careers. He may have landed an awesome job now, but who knows what could happen in a few years — he may go through the same thing you’re going through when trying to find a new job while you’re sitting happy at your own job. THIS SITUATION IS NOT PERMANENT. It just is what it is and things will change as they always do.

Right now, it’s important that you be your own cheerleader and your own support because this is really when it all starts. Life is going to go up and down like this and your going to have to see the big picture and have a strong sense of who you are so that you don’t let these situations define you. This is all part of the learning & growing you experience in your twenties. Trust me, you’re going to learn A LOT about yourself over the next few years and become stronger and stronger as you go through situations like this. Just have faith in yourself that you can get through it and that it will pass (it always does!).

In terms of your relationship, visiting your family, where you’re going to live — try not to worry about all of that yet. All of that will figure itself out and there’s no need to add this onto your plate. It does sound like you could use a more productive conversation with your boyfriend though, and I think that’s only going to happen once you’re in a less stressful state and can truly feel confident in yourself and the future.

I hope this helps! I seriously know exactly how you feel and I PROMISE you it gets sooooo much better. The most important thing is that you support yourself, don’t judge yourself, and be kind to yourself!

A Day in Napa at Live in the Vineyard

Why (and How) You Should Choose Gratefulness Over Greed

5 Tips for Getting Out of a Health Rut

How to Maintain a Healthy Lifestyle During the Winter

Ask Amanda: Is Sarcasm Unhealthy in a Relationship?