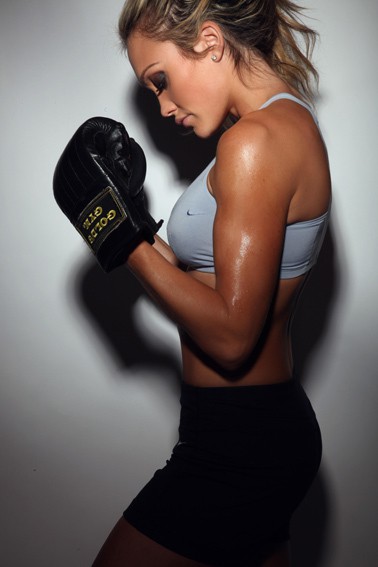 Believe it or not, the first fight is a good thing. At the time, however, it’s absolutely terrifying. For the first time, you start to question your relationship, if you’re right for each other, and if he’s the guy you thought he was. Naturally, it’s scary. But think about it. You fight with your sister, right? And your mom, and even your best friend. It’s only natural to get into it with the people you’re closest with. So accept that first, and now let’s figure out what this fight really says.

The good thing about that first fight, (and the many that will come), is that it’s very telling. The way you two handle this situation will say a lot about your relationship. Once you both have a breather and are ready to talk about it (yes, you have to talk about it), be honest. Really think about what scared you about that situation and tell him. Did it make you think he didn’t want to be with you? That he didn’t appreciate you? Did it make you lose self-esteem? Really read your emotions and just be flat out honest. But, as you learn in Psychology 101, avoid the word “you”. In other words, avoid putting the blame on him, or anywhere for that matter. It’s best to be matter-of-fact. For example, instead of saying “you made me feel unappreciated”, say “I didn’t feel appreciated”.

I think the scariest thing about these conversations is not knowing whether the end goal is to resolve the situation or to just “win” the fight. Especially in the beginning of a relationship, it’s hard to have that sort of confidence that you both want to fix it. So, if you want to talk through this in the hopes of a positive outcome, say it. Say, “I want to talk through this because I want to be with you and I want us to work.” It can help make the conversation less of a back-and-forth, defensive fight, and more of an open and honest discussion that’s moving in a positive direction.

The main thing to remember is this is normal. Even the happiest couples argue and get angry with each other. What defines them is how they handle those hiccups.

What was your first fight like with your guy?

4 Ways to Let Go of Fears About Your Career

Do These 4 Things When You’re Cancelling Plans

Ask Amanda: Moving by Myself & Living on My Own for the First Time