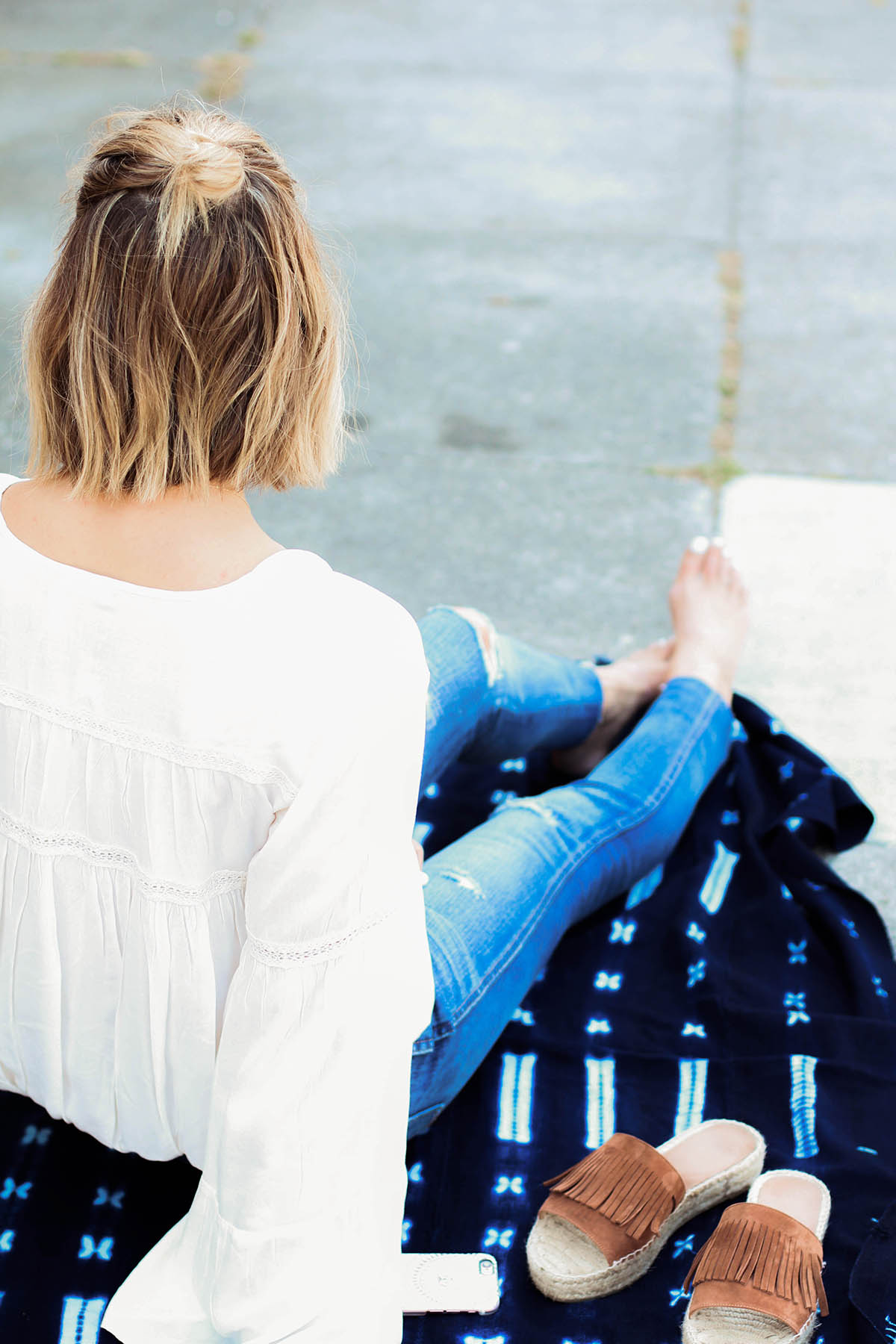 A lot of articles talk about habits to add to your life with age. While those are necessary, I’ve found that it’s just as important to ditch certain ones as well. Your twenties are a time for experimenting, having fun, getting to know yourself, and growing into a confident, mature person. You’re also kind of stuck between a kid and a real adult, so it’s really a time of transition—which is good and bad!

My twenties have been a blast, but I’ve also learned so much about what’s important to me, my health, and my happiness. As I get closer to thirty, there are some things that I’m excited to leave behind.

It started in college, and for me, it’s been a (horrible) habit that’s lasted throughout my twenties. Not only is it unsafe and expensive, but it’s also bad for your body! There’s no need to drink enough to get sick or not remember things, so staying clear of binge drinking has been a welcomed broken habit. I find that having a couple drinks—or even ONE—is enough to relax me without going overboard on my liver or morals.

I categorized myself as an indecisive person for the longest time. I began to realize that a lot of my indecisiveness had to do with trying to please other people. Rather than listening to what my gut was telling me, I was letting other people’s opinions sway me. Now, I try my best to block out the judgements of others, hone in on what my instinct is telling me, and go with it. In turn, I have become much quicker and deliberate when it comes to making decisions.

Because I was such a people pleaser, I spent a lot of time saying “yes” to things I wasn’t actually interested in. I can’t count the number of times that I’d say yes to something when I knew I’d eventually bail, then have to stressfully draft a text canceling the day of. Now, I’m not as afraid to disappoint others. I need to do what’s best for me, so if saying “no” is the right choice, then I say it upfront instead of waiting until the last minute.

4. Not getting enough sleep

In my teens all I did was sleep. And in my twenties, all I did was not sleep. Between a growing career, trying to fit in adult responsibilities, going out, and meeting new people post-college, there’s a lot to do other than sleep. I let my sleep suffer for a long time, but am officially over not getting a full eight hours. I’ve found that my body and mind truly need at least eight, so now I make it a priority.

I’ve never been great at saving money, but my early twenties make me cringe when I think of how much I wasted on trendy clothes, bar tabs, eating unhealthy takeout, etc. Without a budget and tabs on how much I was spending—and not saving—I threw away a lot of money. I’m definitely excited to leave irresponsible spending in my past. Mint.com is how I know keep track of my finances, FYI, and I don’t use my credit card unless I can pay it off that day.

I still have a lot of poor habits to get rid of, but it feels good to get those major ones out of my system. What’s a habit you’ve been happy to break in your 20s?

How To Pick The Right Foundation For Your Skin Type

3 Tricks to Make Your Face Makeup Last All Day

Visiting Your Boyfriend’s Family for the Holidays