5 Reasons to Start a Business in College 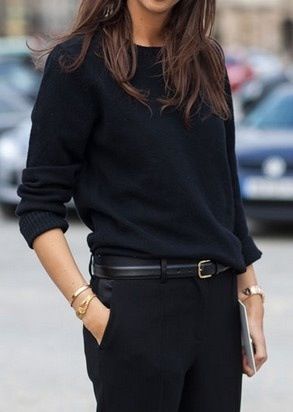 Today’s post is written by Jess Ekstrom, the 22-year-old founder of Headbands of Hope. For every headband purchased, one is given to a girl with cancer and $1 is donated to the St. Baldrick’s Foundation to fund childhood cancer research. She’s been featured on the TODAY Show, TOMS Shoes Blog, Fitness Magazine and more. But more importantly, she’s been able to donate headbands to thousands of girls who deserve them. Jess is also a speaker at CAMPUSPEAK and blogger at xoJess.com.

I started Headbands of Hope when I was 19 years old and launched it by the time I was 20 at the end of my junior year at NCSU. One of the biggest mistakes I made in the beginning was that I hid the fact that I was in college. I thought that having conference calls in between Spanish class and PE101 would make me seem less credible.

However, I was so wrong. I learned that college was actually a brilliant time to start something you believe in, whether it’s a business, a non profit or a club on campus. Here are some reasons why…

Let’s face it, we all know the stereotypes of the millennial generation: lazy, facebooking, twerking 20 somethings who don’t know hard work. A lot of society loves to believe that stereotype. Therefore, when a millennial does something awesome, it’s a big deal. So much of the press and attention I got when I founded my company was because I was so young. Sometimes, it’s the whole angle of the story, “young people doing big things.” Use your young age to your advantage. Be proud to be a millennial.

When I got the idea for Headbands of Hope, I didn’t have a business degree or know anything about manufacturing a product. All I had was the inspiration and a few seconds of courage to decide to go for it. And then I made a wonderful realization: I’m surrounded by experts. When you’re on a college campus, professors are filled with knowledge and experience to help you. Most professors want to see you succeed in and out of the classroom. I met with business professors that I never had as teachers. I was just a student at his or her university and they wanted to help me succeed and answer all my questions. All of the logistics of starting a business and everything else I was afraid of were answered because I was a student.

When you’re a college student, you don’t just have the support of professors, you have the support of students. If you’ve ever been to a university football game or any kind of large school event, you’ll witness a sea of students uniting behind one thing, which is pretty cool. It doesn’t matter if you know each other or not, students wants people at his or her university to succeed and do great things. My first big market was students at NCSU. And then those students told their friends and family, and then my mission started having a ripple effect across the country (and even internationally now). The point is, a college campus is filled with support. When starting a business or starting any project, you need numbers of support to get the wheels turning. Take advantage of being on a college campus to get your idea rolling.

In college, you have responsibility, however probably not as much as you will when you graduate and you’re in the “real world.” Most likely, you don’t have kids, you don’t have a mortgage or anyone else to support. It’s just you and your life. You have the ability to choose yourself and be selfish. Invest heart, soul and bank account into something that you believe in. When there’s less responsibility for you to worry about, it’s easier to take these kind of risks.

I like to think of our early twenties as life’s greatest do-over period. It’s okay to make mistakes. In fact, failing at something means you’re trying. I fail all the time. And you’d be surprised to hear a lot of big names failed too…

If I’m ever too comfortable and I’m not getting rejections, it means I’m not stretching myself far enough. If you mess up at something while you’re in college, there’s still so much room to bounce back. The last thought you want after college is regret of not going after a dream.

“We’re so programmed to walk well-trodden paths. But, we live life only once. So, rather than avoiding the risk of trying, avoid the risk of not trying. Nothing is more haunting than thinking, ‘I wish I had…’.”

I’ve found when things don’t go as planned (which is very frequent) it’s called an experience. Experiences are carried with you the rest of your life, giving you more insight to the world around you. My point isn’t about starting a company in college that will turn into your full-time job or make you super rich or famous. My point is about using your resources available to you in that 4 years (or 5…or 6) and making experiences.

Thank you so much, Jess, for the inspiring words!

How to Wear the Trend: Cargo Vest

3 Signs You’re Sabotaging Your Own Success