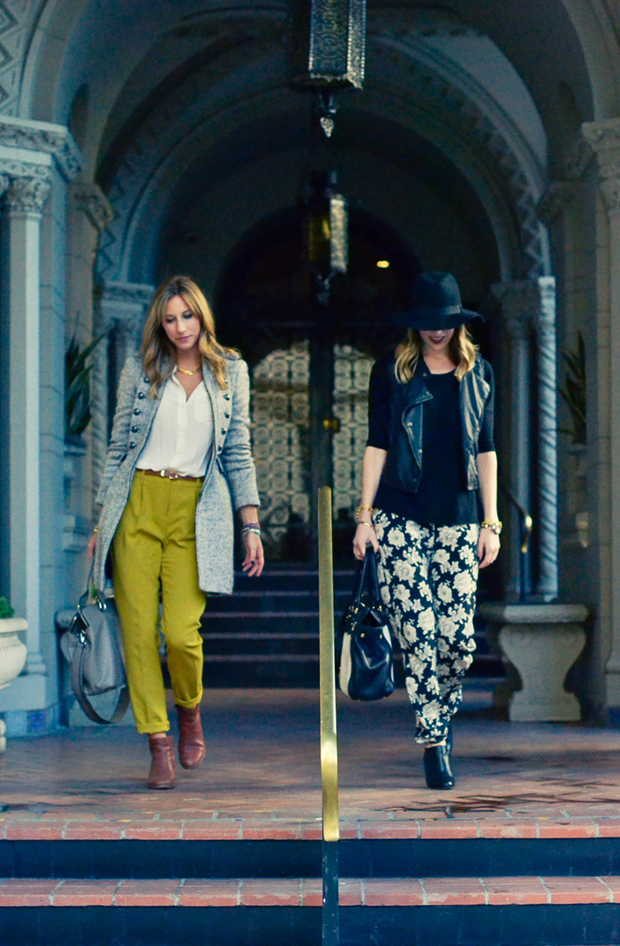 Oh, friend drama. How I loathe you. Unfortunately, at some point in our lives, we all experience confrontation with our peers. Confrontation has always stressed me out and because of that, I’m always eager to have that difficult conversation as soon as possible and just get it over with. I can’t stand to go days without talking to a friend and feeling that drift form between the two of us. It’s seriously gut-wrenching and affects my whole mood – until I talk about it. Some people like to avoid confrontation and hope that the issues will just “blow over”. While they may get brushed under the rug, you’ll never feel that same closeness to your friend if you ignore the issues and avoid talking about them. So how should you handle confrontation in a mature way that can hopefully end in a positive resolution? Here’s how:

No matter who did what, you should always initiate the conversation. Don’t be the one giving the silent treatment or ignoring the problem. Be the mature adult and confront it straight on. Now, I don’t mean walk up to your friend out of the blue and start talking about it. What I do mean is be the one who brings up the issue and asks to setup a time to speak about it. Plan a specific time to get together and talk, that way you both are emotionally prepared.

From past experience, I can tell you – do not have this conversation over text! People interpret texts how they want to and often tend to hide behind the screen and say things without thinking of the consequences. Even a phone call is not as good as speaking in person. You want to be able to see your friend face to face, read their body language, hug it out, etc.

We’ve all been there. You’ve had a couple drinks, even one glass of wine, and you start to talk about what’s bothering you. It can often spiral into an overly emotional outpour and become more dramatic than you need it to be. So be sure your conversation, and even your initiation to have the conversation, occur when you’re both sober. Talking over coffee or tea is a great idea.

This can be difficult, especially as a self-proclaimed auto-crier (i.e. I cry easily). But try your best to take the emotion out of the conversation and simply state the facts. Of course there will be anger, disappointments, and other emotions in what you’re expressing, but if you can limit your voice to a calm and level tone, it will really help. You don’t want to sound like you’re attacking your friend or she’ll probably become defensive. You want to create an environment that allows you both to speak honestly and openly.

The biggest hurdle during these confrontations is when people refuse to admit when they’re in the wrong. If you can admit it first, your friend will most likely admit her wrong-doings as well. Just because you did something wrong, it doesn’t make the whole situation your fault and it doesn’t make you a bad person. If you can show that you’re fully aware of the situation from both perspectives, you’ll have an easier time connecting and finding a resolution.

You also want to be careful that you’re not just saying what you think your friend wants to hear. Sometimes I can be too apologetic and forget to express my own frustrations, just because I want the issue to be resolved as quickly as possible. But doing this will leave you feeling unsettled, so be sure to speak your mind and get everything out in that conversation.

Seriously, avoid the low blows. Don’t bring up things that have nothing to do with what you’re discussing and don’t say things just to hurt the other person. It’s extremely unproductive, disrespectful, and never leads to a positive outcome. Just avoid it altogether!

Finish with a plan

Ask Aryssa: My BFF Just Had a Baby

5 Ways to Look Effortlessly Stylish At All Times