Read This if You Struggle With Resting 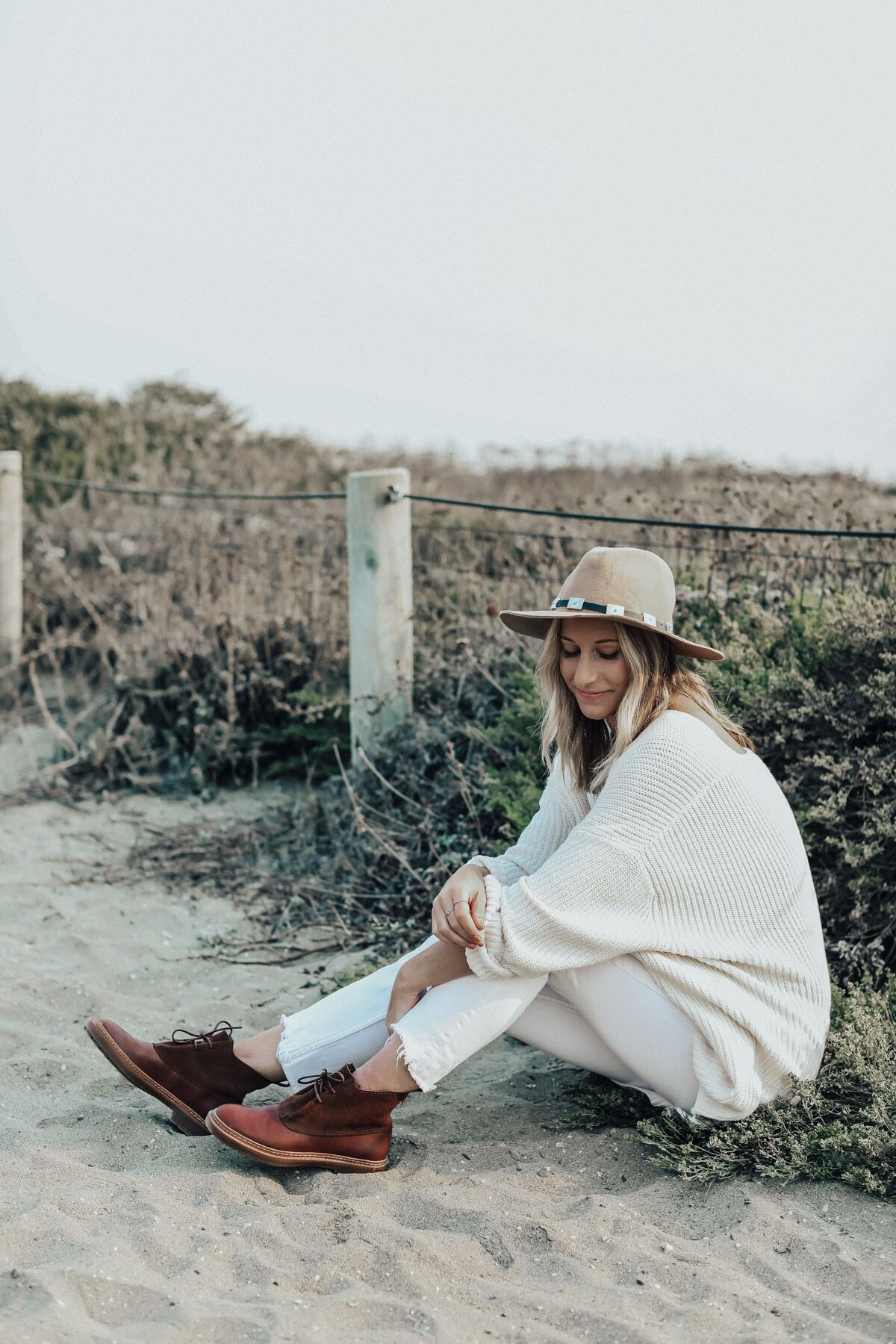 The inspiration for this article is brought to you by one of the nastiest colds I’ve ever had. You know, the kind of cold that makes your head feel like a balloon, your eyes won’t stop watering, you can barely breathe out of your nose and your whole body feels like it was run over by a truck. A cold that no doubt was brought on by my own inability to allow myself to rest – in refusing to have a night in and ignoring the signs from my body that it needed a few extra hours of sleep on the weekend.

It almost feels a little silly to be writing this, because for the most part I feel like the majority of people have no trouble taking a night for themselves to curl up in bed and indulge in a much-needed netflix binge. But it wasn’t until this cold forced me to skip the gym, cancel all my plans and left me in bed with a cup of tea and watching Sex and the City reruns that I realized just how terrible I am at with taking time for myself to rest.

I find that I often feel like if my planner isn’t filled to the brim with back-to-back appointments, gym sessions and running errands that I’m not being productive; that if I end up without exciting plans on a Friday night or have downtime in the middle of the week that I’ll clearly be missing out on something. And it’s a constant pressure that only seems to intensify as the holiday season approaches.

I don’t know when this “I’m-so-busy-I-barely-have-time-to-breathe” mentality became so glorified, but it’s something I constantly encountered in my college classrooms and in small talk with previous colleagues. It almost seems like people like bragging about how little sleep they got because of how much work they had to do or about all of the occasions they were forced to go to that weekend but didn’t really want to attend.

And amidst all of this work and planning and keeping ourselves busy for the sake of productivity, we forget to allow ourselves to slow down so our bodies and hearts can recover from the activities of that week.

In the fitness world, it’s recommended we take at least 1-2 rest days per week so our muscles can properly recover and to avoid the risk of overuse injuries (which can happen very easily if you’re constantly stressing your muscles out!).

I think this rule of thumb is equally as (if not MORE) relevant for our emotional health and wellbeing. Without making rest a priority in our week, we run the risk of burnout, stress, anxiety, and exhaustion.

But I think in order to get better at taking rest days, we first have to understand why we don’t allow ourselves to take them. For me, I realized that my inability to take days to rest was rooted in the fear of not progressing. I felt guilty for resting. I often felt that if I took a break from the gym, from my work, or from a night out, that I’d lose momentum, break my streak and ruin any progress that I’ve made in those certain areas.

But a good friend of mine (who also happens to be my trainer) gave me a really good piece of advice: She told me that rest days should never be feared because you can’t undo the progress that you’ve already made. In taking a day to rest, you may not be making more progress as quickly, but you will by no means undo the work that you have already done. One day off, heck even two or three days off, will not be the end of the world. In fact, sometimes, scaling back for one day can push you even further on the next day (kind of like the way an arrow needs to be pulled back to launch forward!).

Maybe your reason is different. Maybe you avoid rest because you don’t know what to do in your free time. Maybe you don’t take emotional rest days because you genuinely forget to schedule time for yourself or maybe because you can’t bear the idea of leaving something undone. But no matter what the reason is, it’s time for us to work on our rest.

With the holidays approaching, it can be easy for us to load our calendars up with Friendsgiving’s, Holiday parties and extra shifts or overtime at work. For some reason, instead of taking the holiday season to rest and recover, a lot of people (myself included), find themselves busier than ever and forgetting to take time to themselves until the festivities are over.

So, if you’re also someone who struggles with resting, I want to share a few reminders with you that have helped to shift my perspective in the area of rest:

-You don’t have to feel guilty for not staying busy or for not being productive. You are not undoing the work you have already done by stepping away for a few days.
-Your friends will still be your friends if you say ‘no’ to an outing or decline an invitation for another Christmas party. There will always be another party to go to, and many more inside jokes you will be a part of.
-Your body is like a machine. If you keep it running at high speed all the time, it’ll likely overheat and breakdown at some point. In the same way, you power down electronics when they’re slowing down, POWER YOURSELF DOWN TOO.

It may not seem like that big of a deal, but taking time to recoup, relax, and reset your emotional button is critical for your overall well being.

Do you ever struggle with taking time to rest? If so, what are some ways that you get yourself to slow down?

Tips for Getting Out of A Mid-Semester Slump 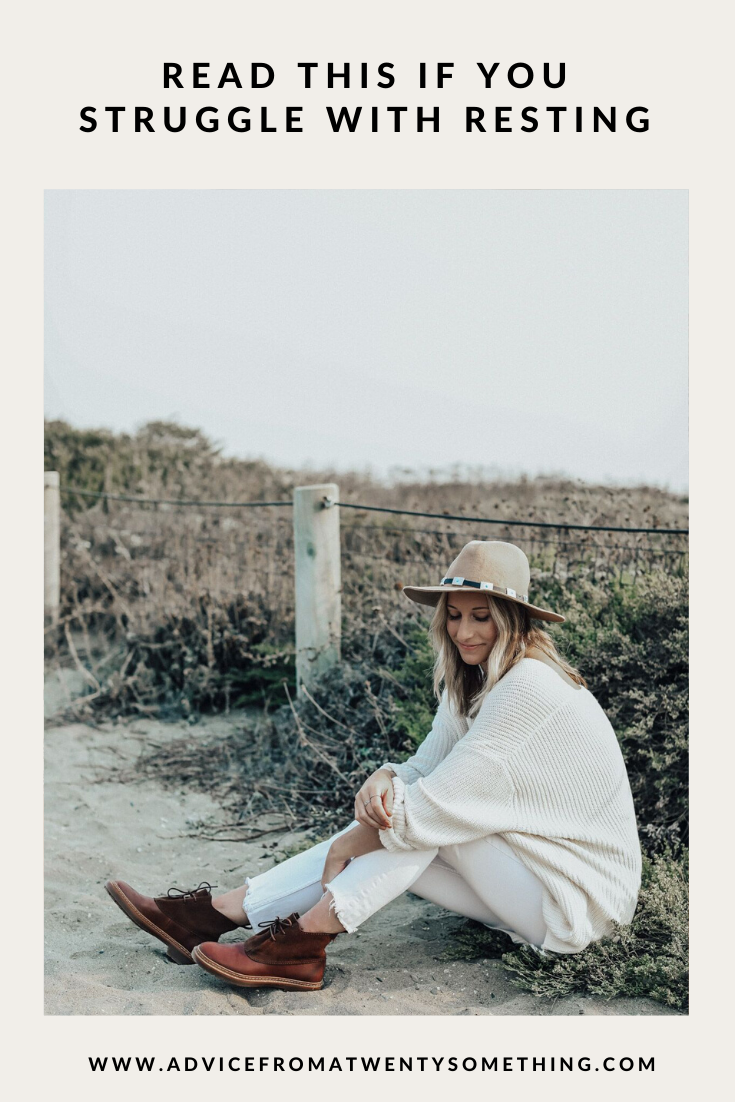 Mental Health Update: The 3 Major Changes I Made to Get Out of Depression

Blogging 101: 5 Things to Include on Your About Page