On My Experience with Depression & Anxiety 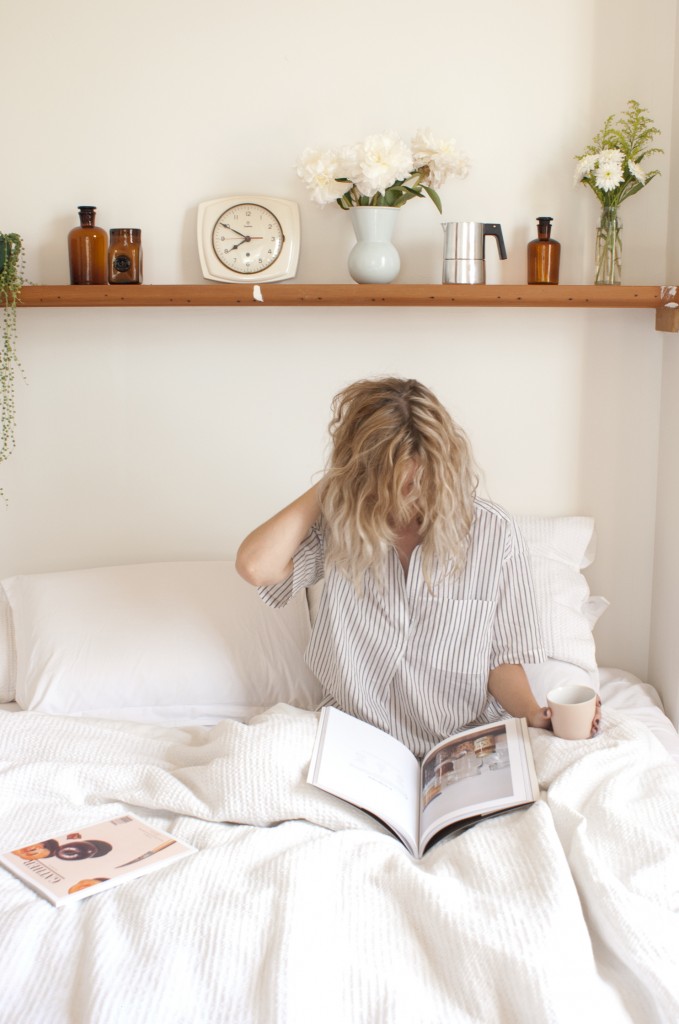 After briefly mentioning last week that I have experienced some depression and anxiety in my life, I’ve gotten a few comments here and there asking me to share more about my experience. I’ve actually contemplated sharing this with you guys a few times now, but didn’t know how many of you would find it helpful or interesting. But as I’ve learned, there are way more of us dealing with depression & anxiety than we all realize. Even if you’re just experiencing stress or you feel down from time to time, I think we can all relate. So here’s my story.

I first noticed signs of depression my senior year of college. My boyfriend at the time was a year older than me and had just moved to San Francisco, so it was our first time doing long distance. I didn’t realize just how much I had relied on him until that first semester of my senior year. I missed him a lot and felt like I didn’t have anyone I connected with in the same way. My friends at the time didn’t know how to console me and I just felt completely alone. I cried almost everyday and many days couldn’t get out of bed. The smallest things frustrated me, everything became clouded by negativity, and it felt like nothing could make me happy.

Luckily, I met an incredible friend who honestly helped get me out of the depression (for the time being). We connected on a deeper level that I felt was missing with my other friends, and she made me feel like I wasn’t alone. Although she helped tremendously, I realized later that only I could truly fix the issues deep down that had been causing my depression.

After I graduated from college and moved to San Francisco, I felt my depression slowly coming back. Along with the major changes we all experience when transitioning into the real world, I felt overwhelmed by the pressure to not just find a job, but to figure out what I wanted to do with my career. That pressure was completely self-inflicted and now I understand that there was no reason I needed to know, or should have known, what I wanted to do. Those first few years after college (and even now) are for trying out different career paths and allowing yourself to figure out what your passions are. And understanding that those passions will change throughout life.

So anyway, I found myself struggling to get out of bed again. I cried almost everyday and felt completely lost and alone. I felt like I needed to define who I was now that I wasn’t the soccer player or the sorority girl. This daily anxiety slowly took over and got worse and worse. I remember one day heading out to breakfast with my boyfriend and about half way down the block I started crying and just knew I couldn’t do it. I needed to turn back around and get in bed. At that point, I started to realize a lot of this depression was chemical. I couldn’t control it and I needed to do something about it, so I started seeing a therapist.

I had seen a therapist a couple times in my life, but never committed to something long-term. As a Psychology major, I wanted to believe in the process and understood how it could help. But that all changes when you’re the one on the couch (yes they have couches, but I didn’t lay down on it like you see in the movies — that felt awkward). I found a therapist in San Francisco who I immediately took a liking to. Although I really liked her, it took months before I truly started to see the effects of the therapy. Those first few months were difficult — I didn’t see any progress and worried things would never change. My therapist of course told me it would take a few months to truly kick in, but I’m impatient. She had also prescribed me with some anti-depressants, which can take a couple months to work as well. The anti-depressants were not a “quick-fix” by any means. They only helped balance the chemicals in my body so that I could be in the best frame of mind to let the therapy do its job.

I remember the first major “breakthrough” I experienced in therapy. A lot of what we ended up talking about at first was my parents’ divorce. Even though that didn’t really affect me day to day and wasn’t the direct reason for my depression, it was something that was bottled up and talking it through was all part of the process. My big moment was realizing what the word “accept” meant. Everyone always told me that I needed to “accept” my parents divorce, and “accept” the fact that my dad got remarried. For me, I thought that meant I had to be okay with it, but I wasn’t okay with it. My therapist blew my mind when she said, “You don’t need to be okay with it, you just need to stop fighting it”. Accepting my parents divorce just meant allowing it to be what it is. It didn’t mean I didn’t want things to change, it just meant I would stop fighting reality. For some reason, that created a HUGE sense of relief for me and was the beginning of years of major self-growth.

Since that moment, it felt like the therapy’s effects began to accelerate. I learned more and more about the way my brain works and how some of my assumptions and behaviors were only making me more anxious. It was amazing to learn how to change the way I thought (even about the simplest things), and how those changes made such a huge difference in my happiness. I highly, highly recommend going to therapy if you can. It’s incredible how talking about what you did that day can shift into a conversation about how you put too much pressure on yourself, which can then transition into a discussion about why and how to change it. Therapy is amazing!

It’s now been four years since I’ve been seeing my therapist (on and off), and it’s helped tremendously with the way I handle stress and anxiety. I’ve realized that major life changes are what trend to trigger my anxiety, which can in turn spiral into depression. I’ve also learned to be so self-aware that I can recognize when I’m feeling anxious and why. Understanding why I feel anxious is half the battle and seems to reduce my stress tenfold. I’ve learned to let myself feel what I’m feeling instead of shaming myself for it. It’s okay to feel anxious or sad or angry at times — that’s normal. It’s when you stress about why you feel that way or tell yourself you shouldn’t feel that way — that’s when things can get difficult.

So now I’ve accepted the fact that I’m prone to anxiety and depression. I’ve learned that no matter what, it doesn’t last forever and those difficult moments pass, just as they’ve always done. I’ve learned to think in different ways so that I’m less prone to daily anxiety, and in the end, I’ve become stronger, much more self-aware, and notably happier.

Have any of you experienced moments of anxiety, depression, or something similar?
How have you handled it? And if you have any other questions about my experience,
feel free to leave or comment or shoot me an email!

My Home Tour on The Everygirl

How to Give Yourself a Free Self-Love Day