5 Ways to Get to Bed Sooner 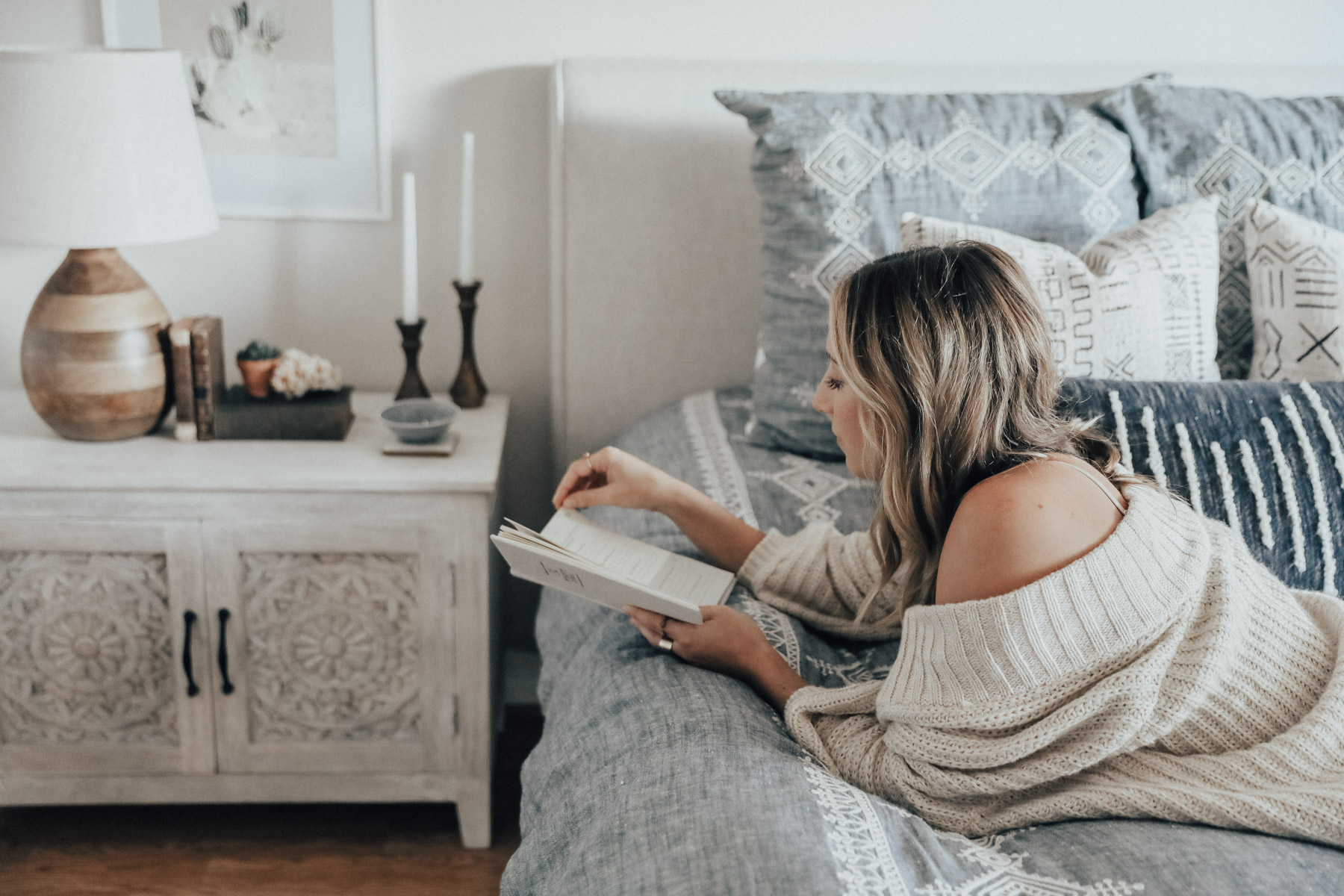 There’s a lot of focus on creating a morning routine and how to jump-start your day which is great and all—but what about creating a nighttime routine that helps you get to bed sooner? I don’t know about you, but I am definitely one of those people that dreams of going to bed early…and then never seem to make it happen.

What’s that popular phrase? “Early to bed, early to rise, makes a (wo)man healthy, wealthy and wise.” I find this equally inspiring and annoying—mostly because my boyfriend, who is a total morning person, recites it daily. But the point is, I want to tackle my early-morning woes by catching a few more hours of sleep. Which means I’ve got to get to bed sooner! Here are some of the changes I’m working on to make it happen.

Because I gravitate towards the evening, I tend to put things off until after 5pm thinking I’m going to be productive from my couch while sipping a glass of wine. This usually leads to me working until the wee hours of the night, which means I’m definitely not getting up early to seize the day. To make sure I’m in bed by a decent time, I’ve been working on scheduling everything in my day right down to my workout routine.

I’ve noticed that I tend to wait until the very last minute to do my evening skincare routine and I actually end up going to bed about 30-45 minutes later than intended. Not that it takes me that long to simply wash my face, but time just always seems to fly. Before I know it, it’s 45 minutes later and I’m no closer to falling asleep before midnight. Instead, I’m trying to knock out my skincare at 8pm so I’ll have plenty of time to fart around and still get to bed at a decent time.

There are several things that can be done on this front. First and foremost, putting my phone on airplane mode. I’ve never attempted this, but I’ve heard and read it’s great to get rid of the distraction. I would also recommend cooling down your room to around 68 degrees. My dad has struggled with insomnia for years and recently started keeping his bedroom temp at 68 and now swears it’s his secret to a better night’s sleep.

You just really want to make your bed a place you want to be so you’ll look forward to bedtime. Maybe even pick out a new comforter and pillows, buy a lavender essential oil spray for your pillow, and throw on some silk pajamas to create the perfect environment.

This one might seem obvious, but caffeine (and alcohol) can really mess up your ability to get a good night’s sleep, especially if you’re trying to build a new bedtime routine and hit the hay a little earlier. I’ve been eliminating caffeinated teas, coffees and foods (hello chocolate) for a few hours before going to bed.

Writing out my to-do list for the next day

Probably the number one thing that keeps me up at night is the mental to-do list that I start making as soon as I even think about going to bed. To combat this, I’ve started mapping out my whole week on Sundays. This helps me feel a few steps ahead of the game and less stressed come bedtime.

What’s something you’ve tried to get to bed sooner?
Definitely want to hear any suggestions!

4 Simple Ways to Take Control of Your Small Biz Finance...

Ask Amanda: How to Get Out of a Dating Rut

How to Give Yourself a Free Self-Love Day

7 Must-Haves for the Perfect Night In