A Simple Way To Build Self-Confidence 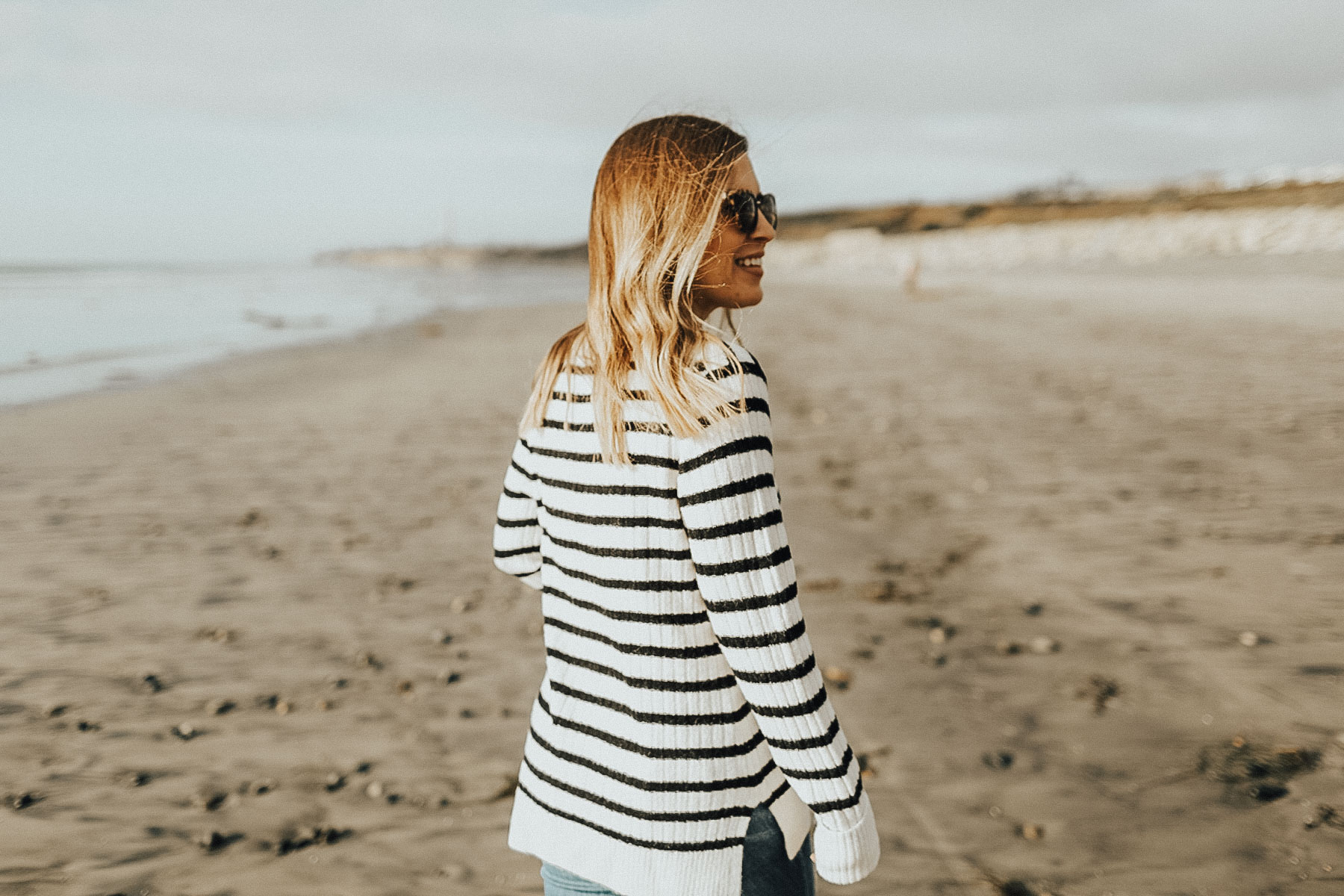 Figuring out how to build self-confidence can seem like one big mystery and it’s one that eluded me for YEARS. But lately I’ve felt my self-confidence improve beyond belief. It’s hard to quantify something like self-confidence, so I don’t quite know how to explain the shift. But I feel like I’m finally coming into myself (as cliché as that sounds!). I’m starting to back myself, believe in myself and be proud of myself in a way that I never have before.

It crept up on me and it’s only in hindsight that I can see it’s happened (day-to-day I could NOT feel any change) but I’m starting to talk to and think of myself in a totally different way. And I thought it might be helpful to share a simple thing that helped me do it!

There are already enough blog posts that talk about all of the superficial (and fleeting) ways you can increase self-confidence: dress well, stand up straight, fake it til you make it. The problem with this kind of advice is that it treats the symptoms, rather than the cause. So in this blog post, I’m going to talk about one of the things that has truly changed my self-confidence. I hope you find it helpful!

THE POWER OF FOLLOWING THROUGH

What I did to start building self-confidence is going to sound SO simple that you’d be forgiven for dismissing it. But I beg you not to – it’s a habit that can transform your self-image completely. Here’s what I did:

To develop self-confidence, I simply started making small plans with myself and then following through with them. Plans so small they seemed inconsequential. Like going straight inside when I got home (instead of sitting in my car scrolling through Instagram haha). Once I started to develop the skill, I started making bigger plans and then bigger plans until I started to develop the confidence that I would do anything I promised myself I would. Of course, I’m only human and I don’t follow through with EVERY plan I make (still working on that). But regardless, it’s made a huge difference!

THE POWER OF NOT FOLLOWING THROUGH

It’s those repeated breaches of our trust that not only stop you from achieving your goals, but from feeling confident in yourself. And it’s why following through with your plans is so powerful, no matter how inconsequential or silly those plans may seem.

If you struggle with follow through and all-or-nothing thinking, make sure you read this post. But the best way to start this is really to start small – like WAY smaller than you’d think. Here are a couple of the ones I did:

Nothing revolutionary! But nothing that anyone really talks about either – even though it’s simple habits like this that build self-trust, which is the foundation for self-confidence. Here are a few other ideas:

-Plan to brush your teeth at a certain time and follow through (even though you’ll brush them anyway).
-Know how many episodes you’ll watch on Netflix tonight and follow through (it doesn’t matter if you plan to watch one episode or 10, just follow through with whatever you plan).
-Plan exactly what time you’ll leave for work and do it (even if you’re on time anyway).

I know it sounds too simple work and I know it sounds too simple to be worth bothering with. I mean, why would setting an alarm for the time you already wake up have any kind of impact on your self-confident?! But following through with your plans makes all the difference. It’s what allows you to go after your bigger goals, knowing you’ll finish what you start. And knowing you’ll have your own back, even if things don’t quite work out as planned.

Are you going to give this a try? Let me know in the comments!

And if you’d like to learn about more of the things I’ve done to build self-confidence, read this post on my blog Smart Twenties.

How to Plan a Last Minute Weekend Getaway

How to Layer a Simple T-Shirt

Tips for Getting Out of A Mid-Semester Slump