Advice to My Future Self 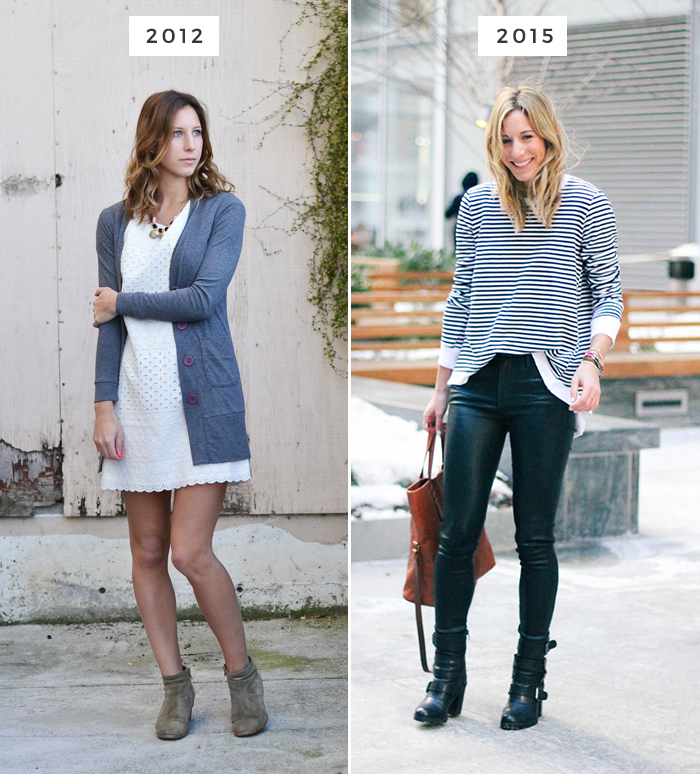 Now that I’ve taken the time to look back on my year in New York, I think it’s time to look forward at what life will be like when I settle into San Francisco. So I’ve teamed up with Clinique to help spread awareness about their amazing #FaceForward campaign, encouraging you to set goals for your future self and celebrate personal accomplishments. The campaign aligns perfectly with what I’m going through now as I prepare for my move to San Francisco.

It’s interesting moving to a city I’ve already lived in. And not just any city, but a city where I experienced a lot of major life changes. The first time I moved to San Francisco was after college and I spent four of what I would consider very informative years there. San Francisco is where I discovered what I was passionate about in my career (through much trial and error). It’s where I first lived with a boyfriend — and broke up with one. It’s where I experienced depression for the first time and learned how to deal with it. I made new friends, dealt with friend conflict, experienced single life, and so much more. It was exciting, fun, difficult, scary, and I grew up a lot.

I mean, even the way I posed back then was depressing.

As I get ready to move back, I wonder how different it will feel this time around. Will I have the same friends? Will I hang out in the same places? Go through the same struggles? My guess is no — I’m in a very different place in my life. But before I jump into SF living, I want to give some advice to my future self so that I have something to turn to if/when things get rough. So here it is:

I think the biggest thing I’ll need to remind myself is that I’m not the same person I was when I last lived in San Francisco. I’m stronger, more confident, and know myself so much better. I’ve become better at dealing with anxiety and conflict, and it’s important to remind myself of that. I have a feeling there will be moments when insecurities creep up that I dealt with in my early twenties. So, Amanda, remember who you are now and have confidence in that!

I think what was most difficult for me when I last lived in San Francisco was how I dealt with tough situations. I experienced bouts of depression during those first few years after college and the hardest part was convincing myself that they would pass. Now that I’ve been through more difficult times and proved to myself that I can get through them, it’s easier to believe that nothing’s permanent. It can feel like it when you’re in a dark place, but those hard times always pass. So, Amanda, when things get tough, know that you will get through them, just how you’ve always done.

There are no wrong decisions

I actually came to this realization when speaking at high school Career Day a few months ago. The most common question was, “Did you make any decisions you regret?”. I realized every choice you make leads to something useful. When I chose a job I wound up hating, that didn’t make it a wrong decision because it enabled me to figure out what I wanted (and didn’t want) out of my career. If you listen to your gut at the time, then you’re making the right decision. So, Amanda, remember that every experience, good or bad, is an opportunity to learn.

I want my future self to know that I’m proud of you. Look at how far you’ve come, how much you’ve grown, and don’t let anyone make you question that!

What would you tell your future self??? I want to know!

How to Clean Your Makeup Brushes the Simple Way

Ask Amanda: My fiancé invited his whole family over for Thanksgiving without telling me

Lessons From a Therapist: It’s Okay to Be Not Okay

My Perfect Night In