Ask Amanda: Is It Too Soon To Have the Talk? 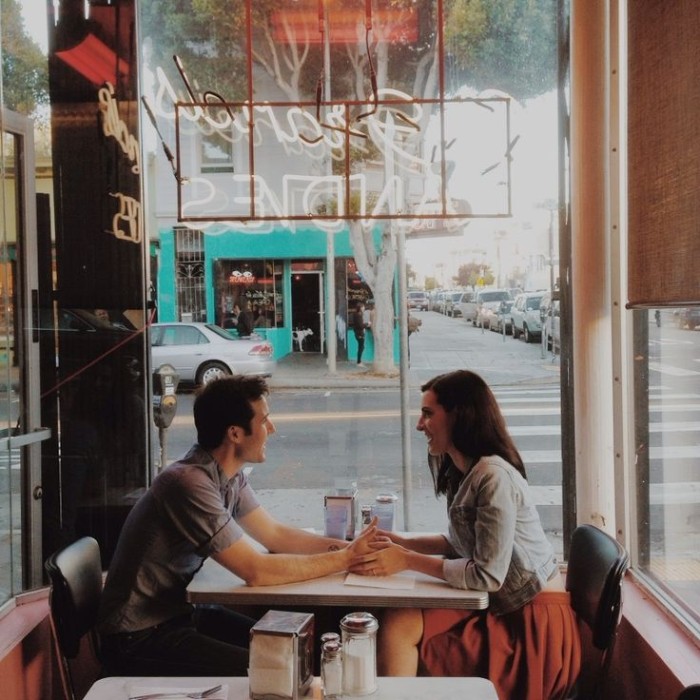 I have been in a relationship with my boyfriend for a little over a year now. The relationship has truly been fantastic. We have a great time together, deal with any conflict respectfully, and are all around really happy. Here’s the issue. As we’ve moved along in this relationship, I’m starting to wonder the future of it. I want to be married some day. I want to be a mother some day. I want to know that my boyfriend wants those things too. I’m not looking to get engaged any time soon — that’s not it. I just want to know that he could see us having those things, eventually.

So I asked him, “Do you think you could see us having a future together?”. And his response wasn’t exactly what I expected. He paused for a moment and said, “Sure, why not? We’re going to Arizona for Christmas. And I think a back scratch is in my near-future.” Gah. Not what I meant. I’m not sure if the question made him uncomfortable, or if he misunderstood, or if it’s just too much.

Is it too soon for me to bring this stuff up? Or is my boyfriend some commitment phobe?

Many thanks,
I promise I’m not crazy

It sounds like the question probably just caught him off guard. I think it’s totally normal for you to want to know his thoughts on your future together (definitely not too soon to bring it up). And it’s also normal for him, as a guy, to get a little uncomfortable with such a serious question. This may need to happen over a few conversations, which is fine. I would bring it up again, when you’re both home together, not in public, and mention that the other day when you asked that question you were hoping to actually talk about it. I would explain what you said to me – you’re not looking to get married anytime soon, you just want to know if he thinks about that stuff, if it scares him, etc. Try to make the conversation as open as possible – even tell him there is no right or wrong answer, you just want to be able to talk about these things openly.

It may take more than this one conversation to get him to open up about it, but that may just be how he is. I would definitely continue the conversation, even if he feels uncomfortable. Make it clear that this is really important for you to talk about. A lot of guys are capable of talking at a deeper level like this, but it can take them some time to get comfortable so just be patient.