5 Experiences that Led to My Dream Job After College 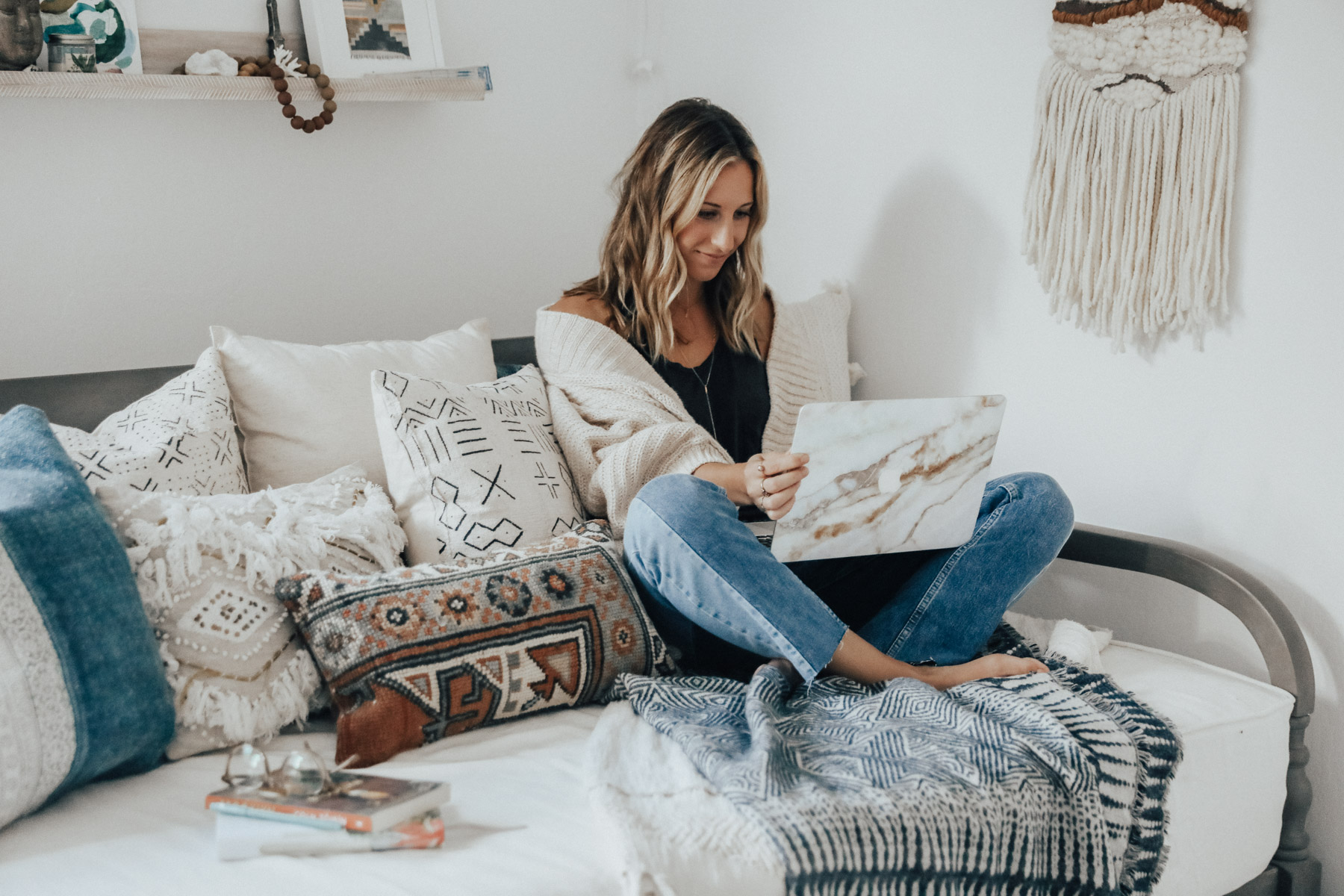 In the weeks leading up to graduating college, I started having all these fantasies about how great my new life would be – I’d finally have more money, more time, and a job I loved. I even went out and bought a new car because I thought it would complete this vision I was imagining. It took about one day post-graduation for me discover my fantasy was just that – a fantasy.

The reality was, I had never been more confused about the direction of my career or really just who I was as a person. Sure, I had a degree, but unfortunately it didn’t come with a guide on how to find a job I actually enjoyed.

Now that I’ve had a few years to figure things out, I feel like the best thing I can do is share what I’ve learned so those who are currently going through the post-grad blues can know that it will get better, it’ll just take some time, a lot of self-reflection and probably a few tears.

If I had to narrow down the experiences I had to have in order to come out on the other side of all this, this is what they’d be:

Do what I thought others expected of me

Immediately after graduation, I started a job as a public relations intern at a local advertising agency. The college I went to glorified working at agencies and made it sound like the ideal thing to do, so that’s what I did. I didn’t hate this job, but there was always something nagging at me in the back of my mind telling me it wasn’t right for me. I thought this was because I hadn’t moved away to a big city, but instead stayed in my college town. After all, I always told everyone I’d move to the east coast as soon as I graduated, so maybe that’s what I needed to do to get that nagging feeling to go away.

My solution was to then start applying for jobs in New York City. It seemed to make sense at the time, but after landing an account coordinator position at huge agency and packing up my life, I had a massive breakdown the day before I was supposed to leave. At that point, it was clear – moving across the country was actually NOT what was best for me.

Cue four months of unemployment while I searched for a job. This was a very tough time, but it allowed me to really think about what I was looking for and what was missing. Because I wanted a way to still be productive and hold myself accountable during this time, I decided I would finally start a blog – something I’d been thinking about doing for years. I named it The Basics because I thought it best described where I was in my life – just trying to figure everything out.

After finally getting a job as a marketing coordinator for a large corporation, I was thankful, but found myself with the same nagging feeling in the back of my mind that this job, and its trajectory, was not right for me. This time, though, instead of rushing to assume it was because of my location, I really put some thought into why things weren’t feeling right. I knew one thing, I would absolutely dread going into the office and counted every last second until five and I could finally leave. Most of the time I didn’t even have a full days work, but still had to sit there, chained to my desk, so my days spent at this place were just plain painful.

I would call up my family and ask, “What’s wrong with me? Why do I hate this job?” And their answer was usually something along the lines of, “No one likes their job all the time, you just have to deal with it.” It’s not that they were unsupportive, but traditionally, if you don’t like your job, you just suck it up because you have bills to pay. One day I had a thought, though. What if it’s not me, it’s this whole concept of corporate America and office jobs? I finally figured it out.

Learned what wasn’t working and why

I hated eight to five jobs – that was it! Reporting to a building every day, being told when and how long I could go on vacations, being chained to a desk 24/7 – it was all the bane of my existence. It was such a huge moment for me and a massive relief to FINALLY know what had been bothering me all this time.

Now that I had this greater understanding of myself and what I needed to be happy, how would I earn a living without an eight to five job?

I had been keeping up on my blog throughout this whole process and learned I really loved it. So, I started going to some of my favorite websites and reaching out about becoming a content contributor. To me, this seemed like an opportunity to be able to blog and write about lifestyle topics and potentially get paid.

I’ll never forget the moment I found out I got my first freelance gig contributing to a women’s lifestyle website. The pay was meager and it was nowhere near what I needed to quit my dreaded day job, but it was a start.

After about six months of contributing and balancing my day job, I decided I had to give this freelance thing everything I had. This meant putting myself out there and getting more clients. It meant I had to let go of the fear I was harboring because I was afraid my friends and family wouldn’t understand my ambitions. I had to stop worrying about other people’s opinions and focus on what I needed to do to make my dreams come true.

I attended a ton of local networking events and began emailing sites/blogs/people I admired in the lifestyle space, and to my surprise, I started getting paid opportunities to write. Though I couldn’t believe it was happening, just over a year after getting my first freelance job, I was in a position to quit my day job and pursue my passion full time.

Although it happened faster than expected, this was a tumultuous journey that involved a ton of late nights and personal sacrifice. I had to make the conscious decision to put my relationship and friendships on the backburner so I could fully devote myself to accomplishing this goal. It wasn’t easy, but once I took the time to learn about myself and let go of my fears, my dream job suddenly wasn’t just a dream. It was reality!

The point is, you can do this too! Don’t be afraid of the unknown and the judgement of others. No one is probably judging you anyway (another lesson learned). Just take the time to get to know yourself and enjoy the journey because that’s what’s going to lead you to your dream career.

Do you have any experiences that led to a dream job after college?

5 Ways to Stay Healthy in the Dorms

How to Make Boozy Black Popsicles for Halloween